Elisabeth Holmertz chose Song as an eight-year-old, after having been to the opera in her home town Gothenburg. She had seen La Cenerentola, and from now her goal was to become an opera singer and sing sublime music in fancy costumes. She studied music from the age of ten; singing, piano lessons, choir singing in Brunnsboskolan, Hvitfeltska, musicology at the University of Gothenburg and classical singing at the Norwegian Academy of music and Hochschule für Musik, Köln (where she finished it all with a Konzertexamen).
Somewhere along the way, the opera singing dream turned into ”just” singing. This singer found her voice in the playful music of the 17th century and in the complex music of today. There, in the span between these extremes, she balances. Or, she jumps between the genres and expressions. She sings lute songs, experimental opera, baroque opera and new, avant-garde music.

She has performed with Concerto Copenhagen, Cikada, Norwegian and Danish Radio orchestras, and Utomjordiska. But most of all she cherishes her own projects; ensemble Odd Size who ao has created a version of Handel’s Messiah with only four musicians; Vollen United with Kenneth Karlsson, who crosses borders between old and new; her ongoing cooperations with flute- and drum artist Poul Høxbro and lute player Fredrik Bock.
Elisabeth also sings in Oriental winds of the baroque. Where Rolf-Erik Nystrøm and the ensemble searches for the origin of the European baroque.

Elisabeth is currently doing a PhD in artistic research at the Norwegian academy of Music. She’s is figuring out how to sing all the roles in L’Orfeo by Monteverdi!

Who am I, really? Certainly a lot more than this. But you might not be interested in my love for cooking, my political views (they are quite green btw) or my favourite wine. Or maybe you are. Anyway. I love reading. I love being alone in the forest. I love talking with my husband, my son and my dearest friends.

When I find it hard to find the words by talking, I’m delighted that I, from time to time, can lend someone else’s words put into music and use them.

Felicia, who made this page, wrote ”The furious and magical soprano” on the front page of this site. She asked me if that was ok, and I said yes, of course! First of all, I can be quite furious. Many things make me angry. The way we treat our planet and humankind; how people abuse their authority. That many of us use so many words we don’t know what we are saying anymore; how we use words to misinterpret each other.

Things like that. Magical? Well, that’s for all the other stuff. 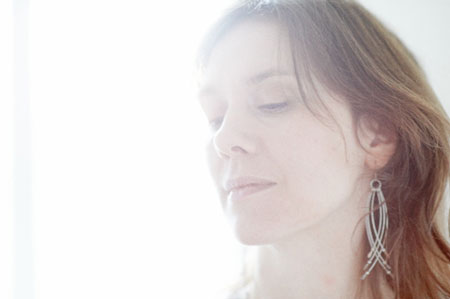