Since 2016 I am a very proud artistic research fellow at the Norwegian academy of music.

In my research project I will look into the meaning of roles. What the role is and what it can become; what it does with me as a singer and performer when I go into different personalities and characters; what do I have to do with my body and my voice to be able to perform different types of roles; where do I look to find them?

What if I take on all the roles in an opera? What do ”I” become then?
The aim of this research project is to create a performance of the opera L’Orfeo (Claudio Monteverdi) where I sing all the parts myself. In addition Henrik Hellstenius and I will work on a new opera together where I mirror the experiences I make with L’Orfeo. The work with these operas are not only the aim and the goal, but a tool to work on what ”Roles” mean to me and how I can convey this to others.

The idea to the project came from reading about role casting in the operas in the early 17th century. We already know that they doubled roles for practical reasons but it’s possible that it was done for artistic reasons as well. If a specially gifted singer performed two or three different roles in an opera, she or he got to show their virtuosity, both as a singer and as an actor, by switching from one character to the other in the course of seconds. What might have happened in those seconds? What did that do to the drama? Many of the 17th century opera singers came from Commedia dell’arte and were actors who sang, more than singers who acted. What did it do to their singing performance when acting and improvised theatre was a strong foundation for the newly invented opera? This is an exiting new angle in the early opera research that needs more attention. In the contemporary music theatre tradition it’s an established form to work with and on the different aspects of the body and voice. How can I use this knowledge for singing baroque opera and vice versa?

It’s research project with many aspects, but in the end I humbly hope to shed new colours and light on the baroque opera field which has been somewhat locked in strong traditions by the large institutions where the sound of the voice has been more important than the acting. I wish to to bring alternativ ideas on how to cast and find voices for early operas and to create new tools on how to work on performance practice, both in early and contemporary music theatre. Being a performer in divers genres it’s sometimes easy to get lost and, in the end, I wish to find something for all my roles to hold on to and give them more space. 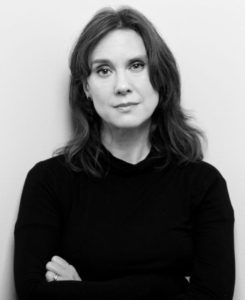